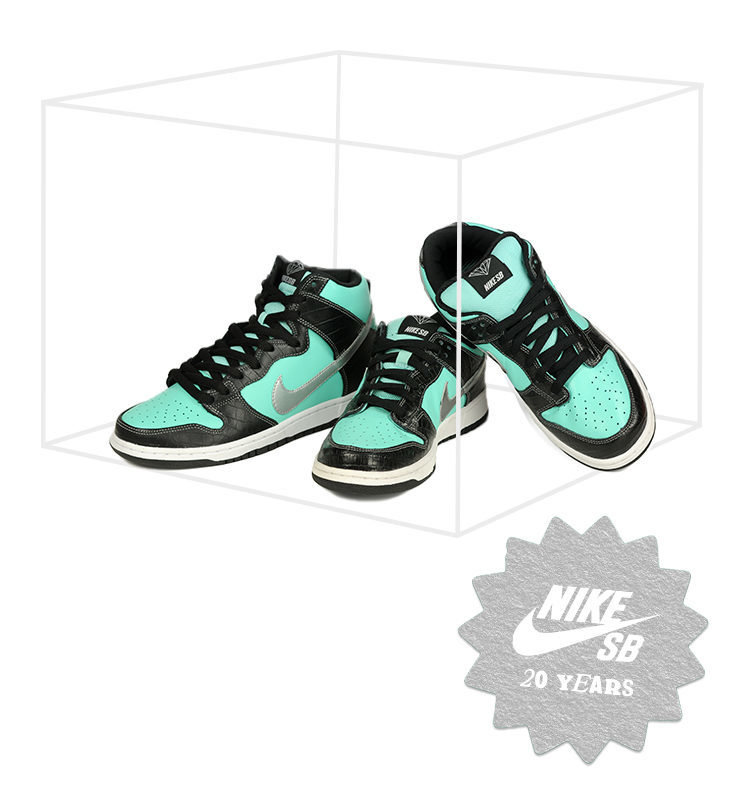 If there’s one touchpoint that illustrates Nike SB’s approach to skateboarding, it’s the reintroduction of the Dunk. Like the Air Jordan 1, the original Dunk became skateboarding’s secret weapon in the mid-‘80s due to its construction and often below retail price point due to overproduction. And all the icons wore them. Instead of coming in hot with tech, SB’s design team worked with the riders to retool the Dunk into something more skateable while maintaining its classic look and lines. In 2002, original team riders Reese Forbes, Gino Iannucci, Richard Mulder, and Danny Supa were all given the green light to customize the Dunk Low Pro SB to their specs, resulting in the sought after “Colors By” series, bringing the Dunk back to skateboarding’s collective consciousness. 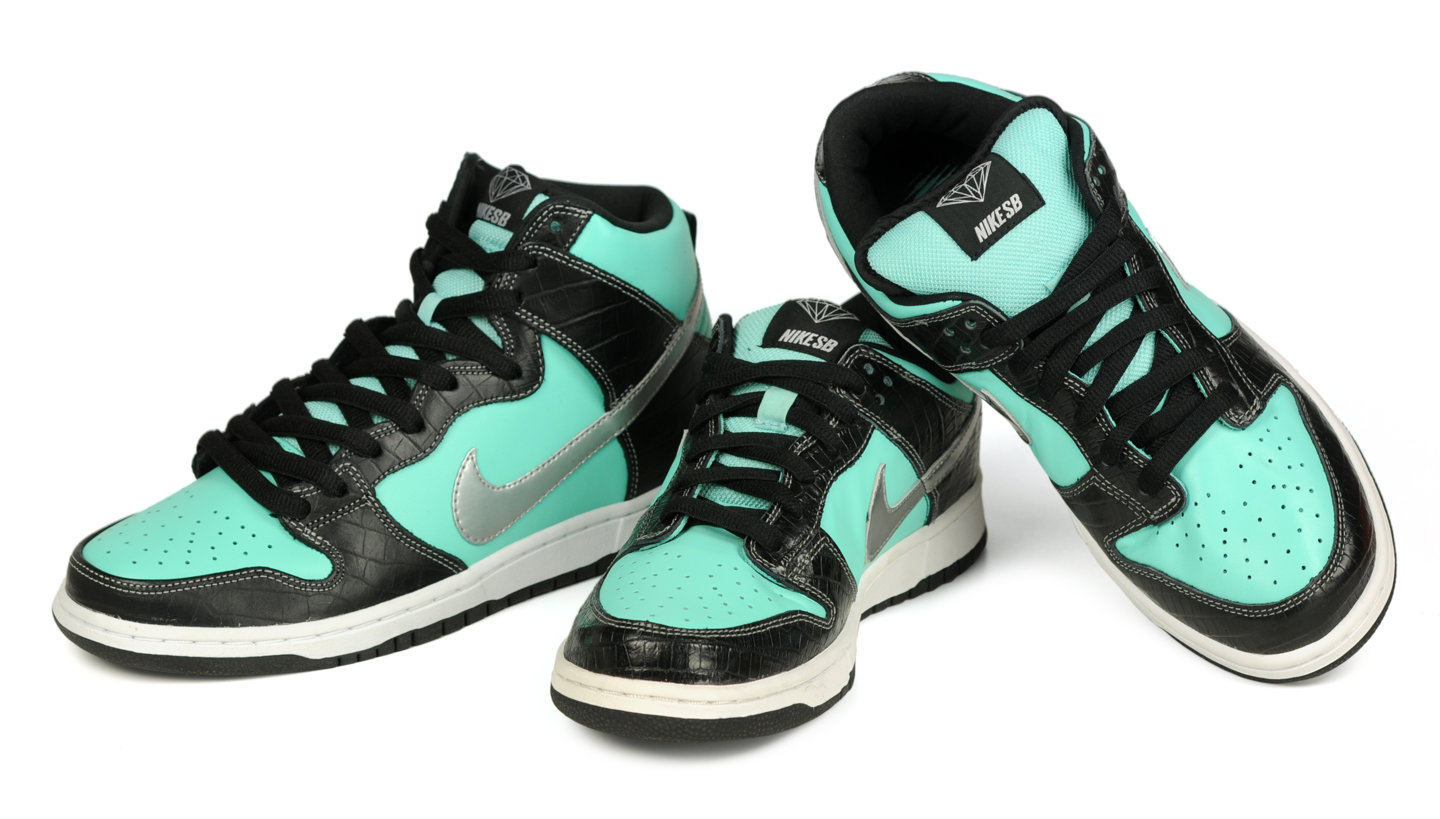 For Diamond Supply Co. founder Nick Tershay, powerful inspiration can come from the most obvious sources. So in 2005 when he had the chance to collab with Nike SB, he brought a famous colorway everyone tripped on from a T-Shirt to the classic Dunk Low SB. Leaning into luxury, the Diamond Dunk featured a mock-crock skin and leather upper, with a shiny silver Swoosh... then things got wild. With anyone from Tom Cruise to Marc Jacobs coveting the Diamond Dunk and the reseller market thirsting, the shoe became part of the cultural lexicon and one of the biggest stories in SB history. 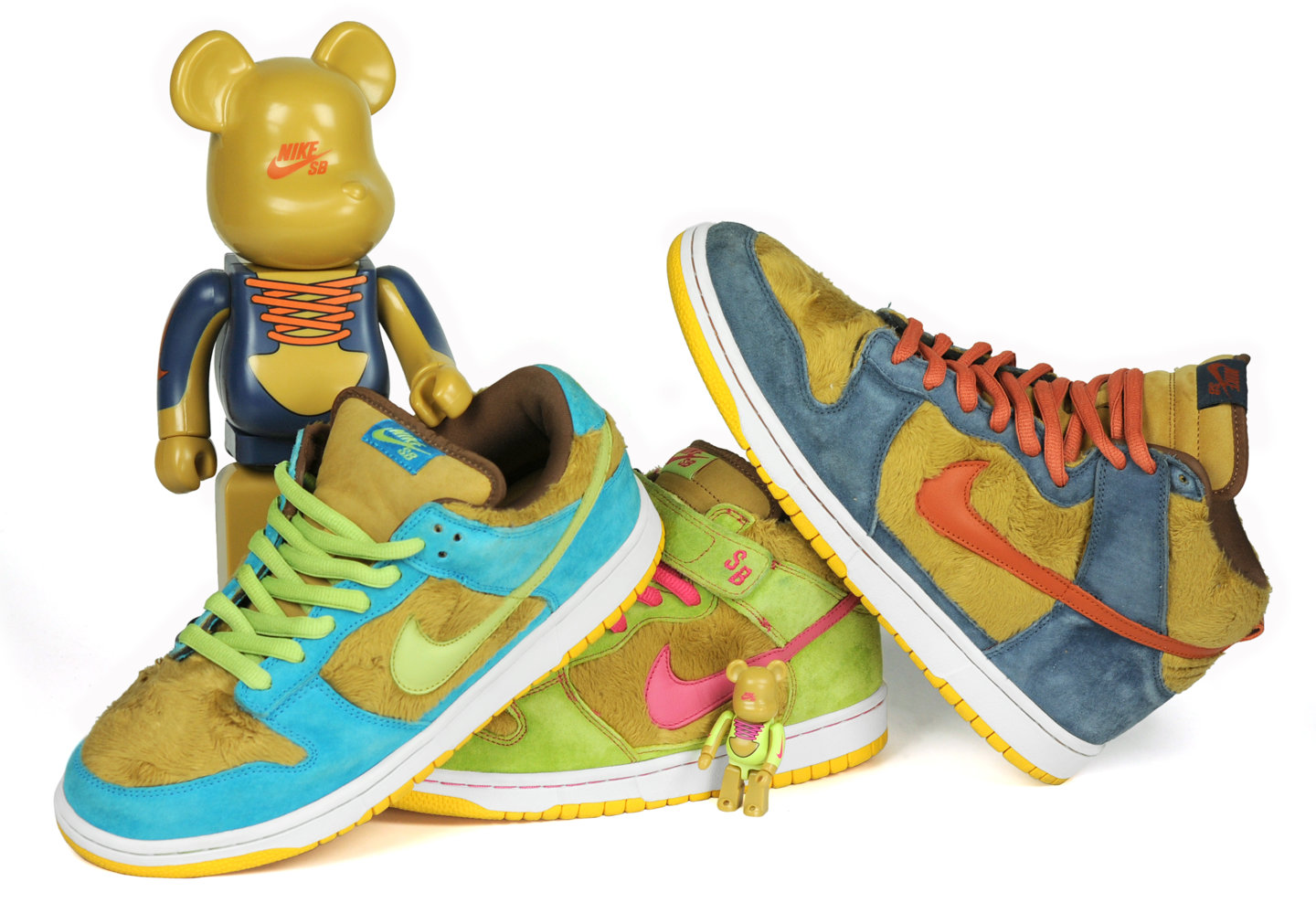 From fairy tail to hairy grail, The Nike SB Three Bears Pack showed that a mix of materials and imagination could tell a new footwear story. Released in the standard High and Low, the Three Bears pack introduced the Nike Dunk Pro Mid SB and its signature strap, along with an unabashedly furry upper, punching out from the suede paneling. Unlike the original protagonist, SB didn’t run from wild materials, with the fuzz returning to the Grateful Dead Dunks in 2020. 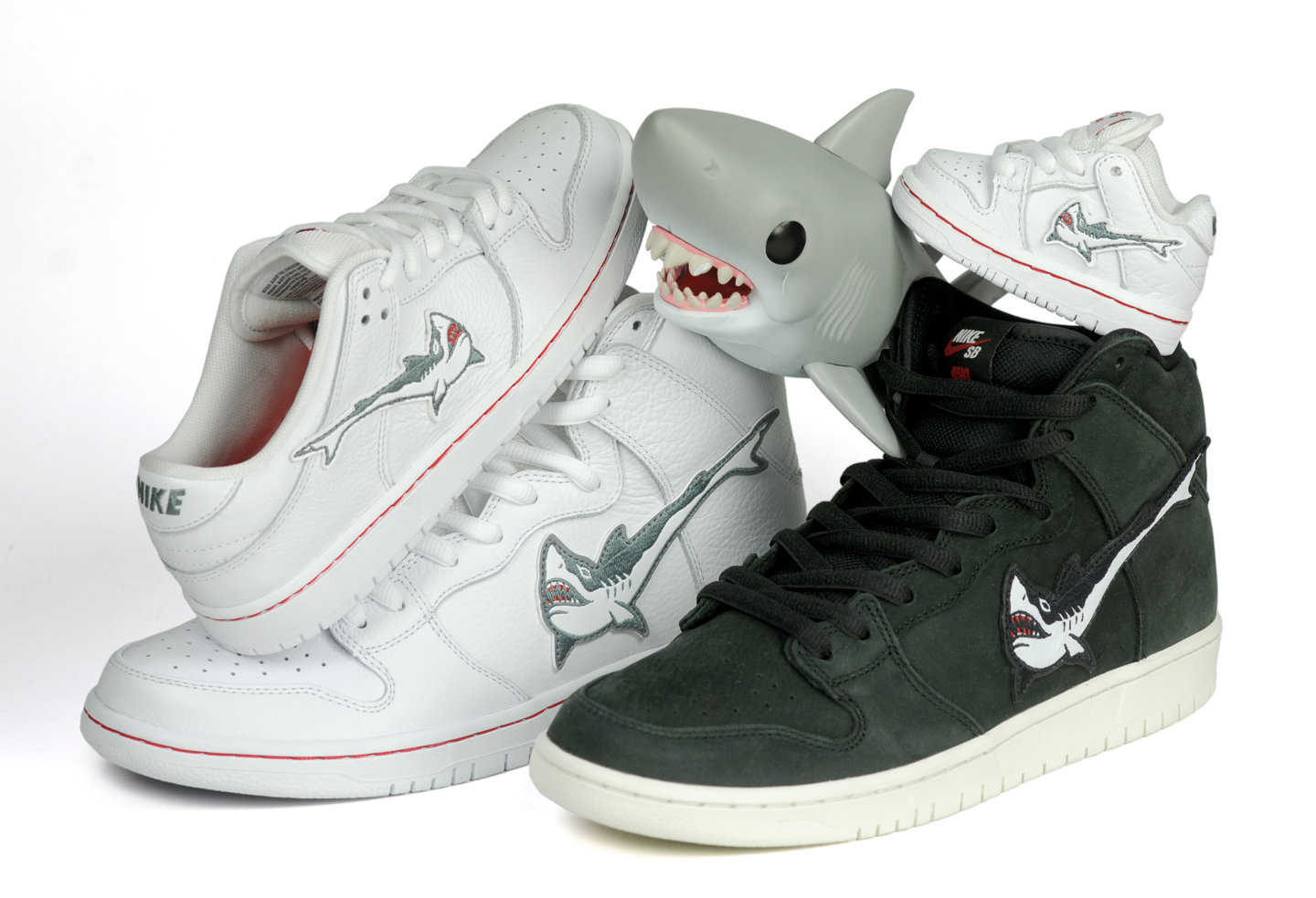 Speed metal denizens will argue that an Accept track from 1982 comparing their tempo to that of the ocean’s most feared and fastest creature set off a genre. Maybe but what’s undeniable is that Nike SB entertaining Oskar Rozenberg Hallberg’s idea to replace the brand’s iconic Swoosh with a cartoon shark was a milestone. And why not? As the spontaneous, unpredictable, and enigmatic face of skateboarding’s future, who better to test the waters?

Even the conspiratorial intrigue of Area 51 isn’t above satire, so Nike SB created a yin yang duo of Dunk Low Pro SB’s that tapped into New Mexico mystique. The pack’s alien aesthetic was centered around a fictional ABA team dubbed the Roswell Rayguns and even featured their would-be mascot embroidered on the heel. The first shoe to feature the Nike SB logo on the tongue also came in youth sizes.

Pre-drop hysteria and a call back to a simpler time, Supreme simply asked to do the unthinkable: borrow the “elephant” detailing of the AJ3 for their collaboration with Nike SB. The result was 500 pairs of an instant grail in two distinct colorways that expertly mashed up brand heritage with pure New York City influence and edge. 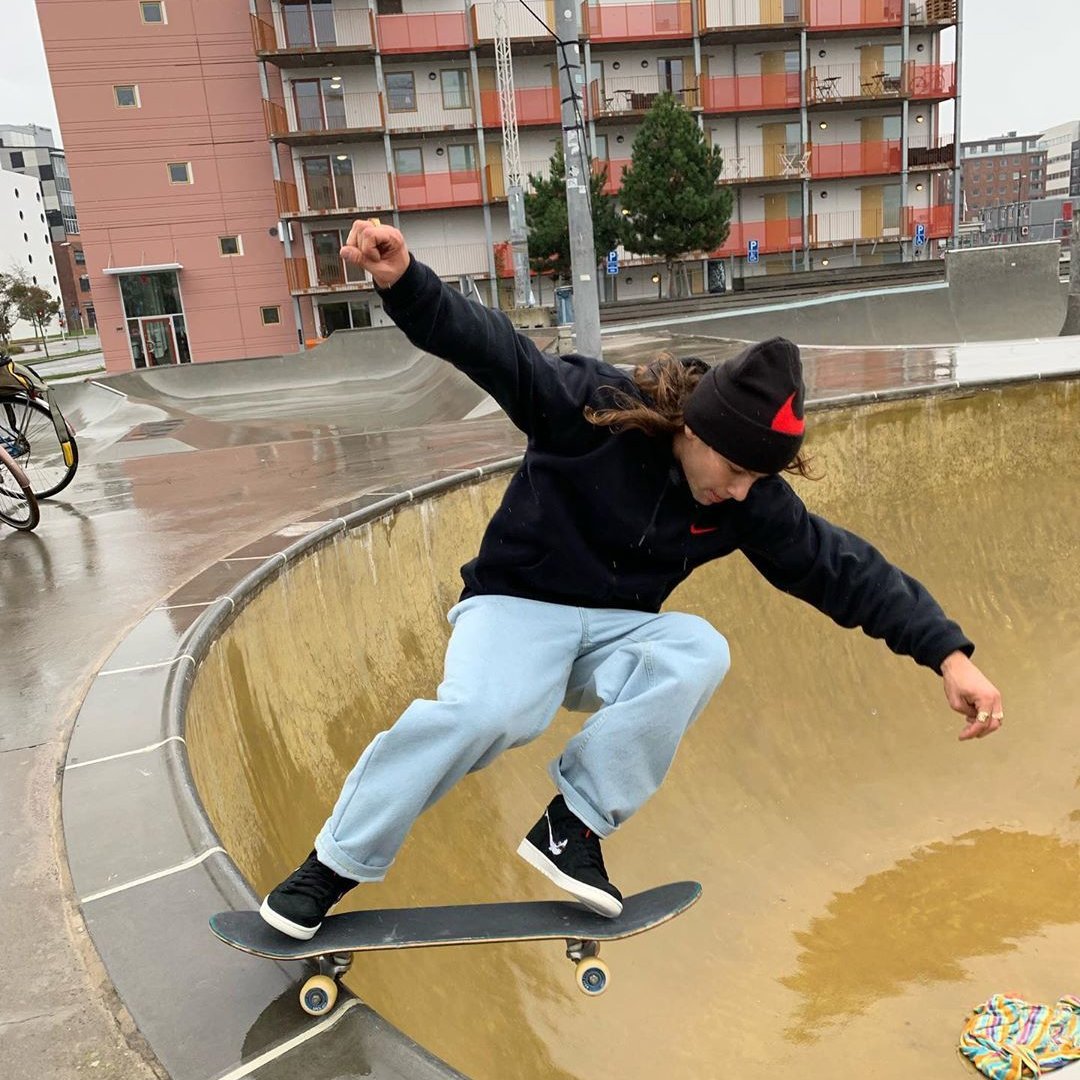 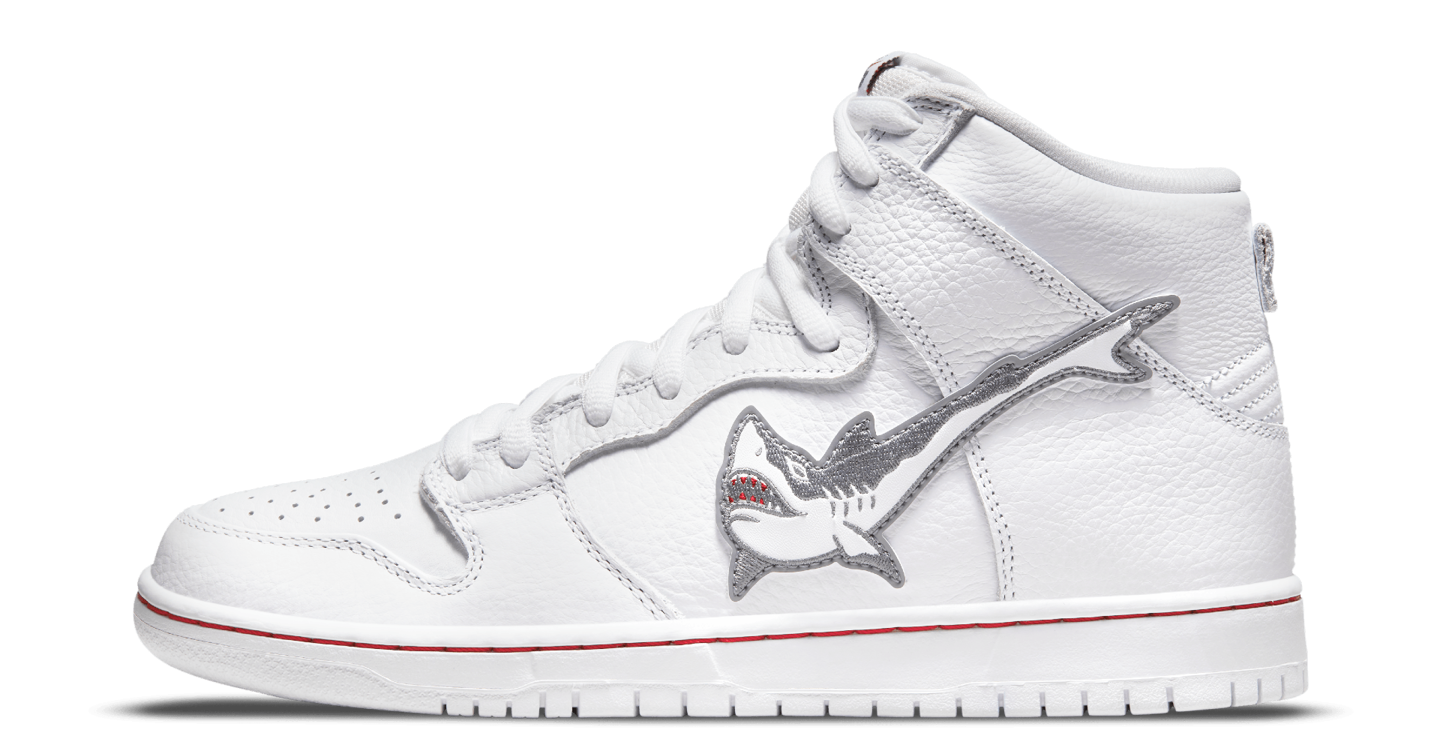