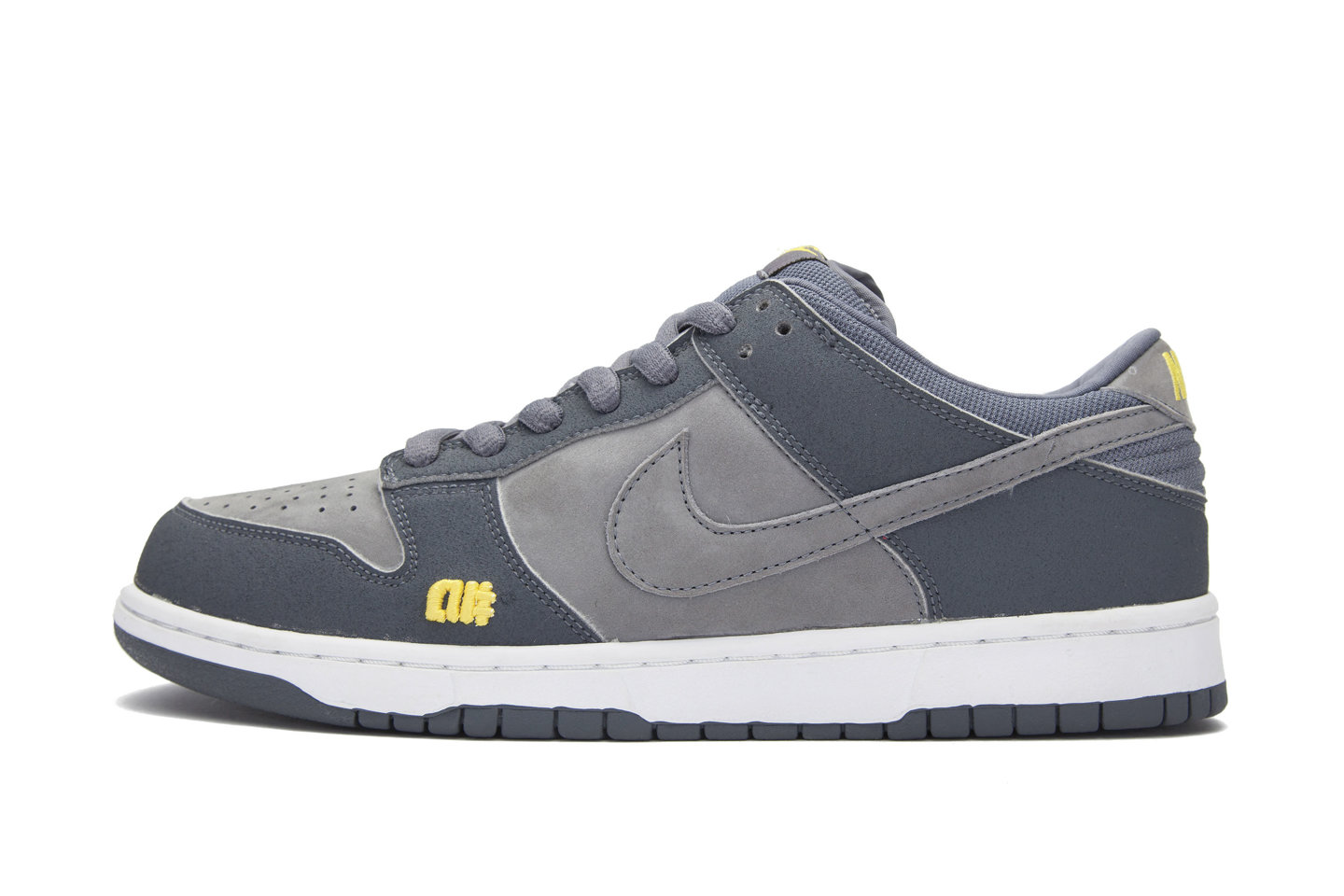 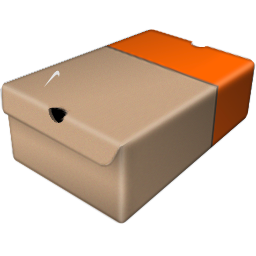 The Alphanumeric Dunk Low Pro B has remained one of the most sought after Dunks from SB’s first wave. Created by streetwear pioneer Alyasha Owerka-Moore, the then newly engineered Dunk featured a fat tongue, Air Zoom insole, an exaggerated raised embroidered logo, purposely placed on the shoe’s side-wall ollie area, and was released in both a white and gray colorway. While this badged versions were created specifically for friends and family of skate brand Alphanumeric. An unbadged version was later released to the public. 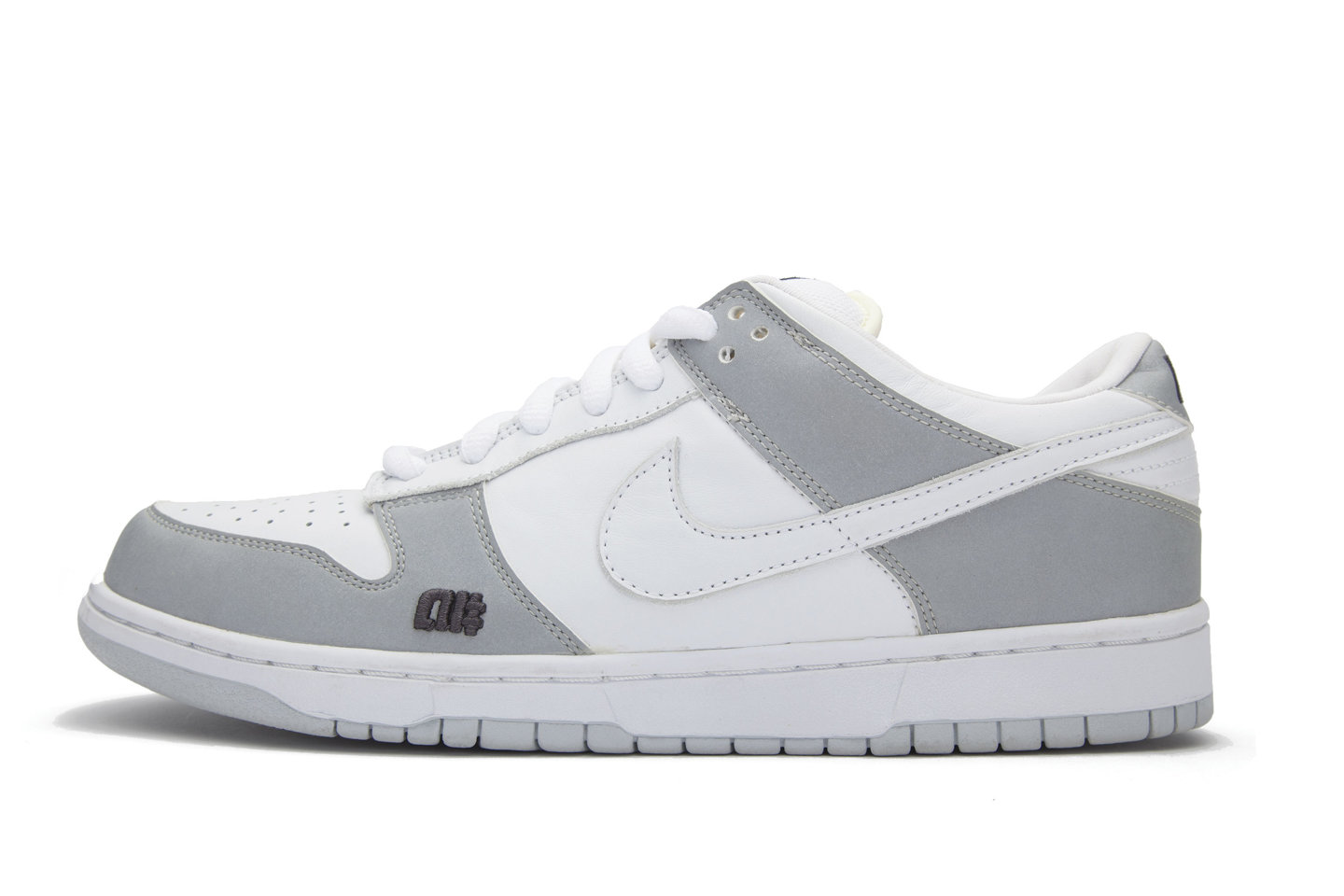